Five African American women say a golf course in Pennsylvania called the cops on them because they were golfing too slow.

The incident, they say, is another example from just the past few days of the indignity African Americans face while going about everyday business, such as waiting at Starbucks or working out with a friend.
“I felt we were discriminated against both as women and minorities,” one of the golfers, Myneca Ojo, told CNN. “It was a horrific experience.”

What prompted the call

It was the women’s first game as members at the Grandview Golf course in York County, Pennsylvania.
Ojo told police the women were golfing slow because they were “rusty.” But she didn’t think they were holding up other golfers.
One man in the group of golfers behind Ojo’s backed up the assertion.
The man, Jerry Higgens, told police he thought it was unusual the women’s group had five golfers instead of the standard four. But, he said, their speed “did not slow his group down in any way.”
Ojo feels there’s only one explanation for the club’s action.
“They knew exactly what they were doing,” she said. “It was five African American women playing golf and it was a problem for them.” 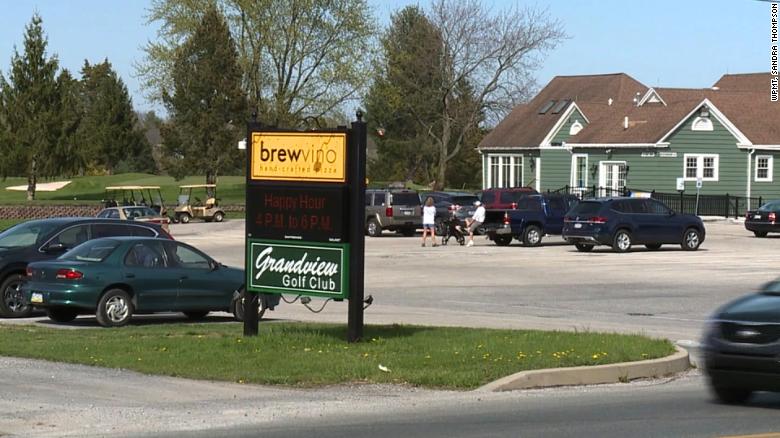 CNN reached out to the course but didn’t hear back.
But Steve Chronister, who co-owns the course, told police the women weren’t meeting the time guidelines, and delaying tee times for other golfers.
He called 911 twice.
When Northern York County Police arrived the first time, Chronister told them the women had picked up their speed and there was no need to talk to them.
A few holes later, the golfers held up the course again, Chronister said.
When he approached them, the women started yelling at him — prompting him to ask police to remove them, he told officers.
“We skipped a hole for them to speed things up even though there was no one close behind us,” Ojo said.
Officers at the scene determined it wasn’t a police matter and left, Northern County Regional Police Chief Mark Bentzel told CNN.
Eventually the woman left on their own and no charges were filed.
https://www.facebook.com/plugins/post.php?href=https%3A%2F%2Fwww.facebook.com%2Fmyneca.ojo%2Fposts%2F10216779206855465&width=500

The day after the incident, the club’s co-owner, JJ Chronister, called the women and apologized.
She also released a statement to the York Daily Record:
“Players who have not followed the rules, specifically pace of play, have voluntarily left at our request as our scorecard states. In this instance, the members refused to leave so we called police to ensure an amicable result. . . . During the second conversation we asked members to leave as per our policy noted on the scorecard, voices escalated, and the police were called to ensure an amicable resolution.”
CNN has reached out to JJ Chronister, but has not heard back.
As for the women, they don’t plan on going back to the course.
“Luckily there are many other golf courses in the area,” Ojo said. “We are just glad this story has gotten out … People are fed up with racism and bigotry.”
SOURCE: CNN – Tony Marco and Lauren DelValle